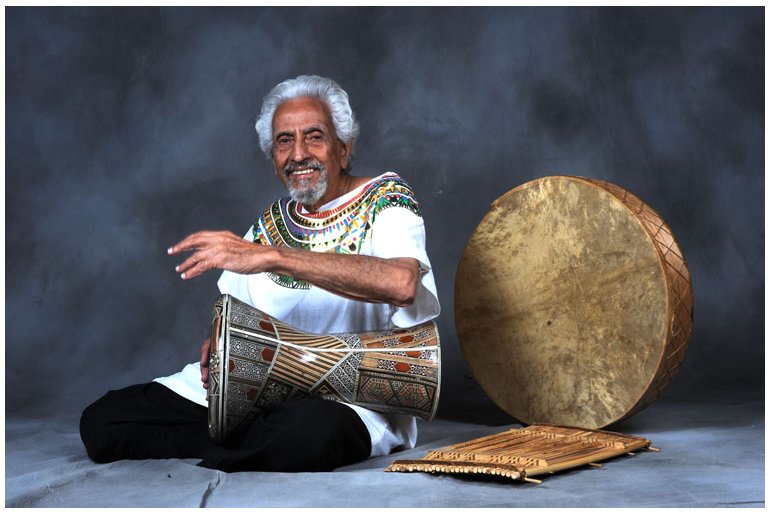 Composer, ethnomusicologist and educator Halim El-Dabh died on September 2. The Egyptian-American musician was 96 years old, was born in Cairo, Egypt in 1921 and died in his home in Kent, Ohio.

The son of an affluent farming family in Egypt, El-Dabh was originally groomed to follow the family profession and studied agriculture at what is now Cairo University during the Second World War. As a student, he was interested in acoustics and began experimenting with wire recorders (an early magnetic recording technology) to manipulate sound. In 1944, with the war still active, he composed The Expression of Zaar, one of the first pieces of tape music and a pioneering example of musique concrète (concrete music). Musique concrète deals extensively with sound manipulation and became a strong influence on later electronic and popular music. El-Dabh’s compositions made Egypt an early center of musique concrète music, and he was soon invited to study in the United States by a diplomat. In 1950, he moved to the United States as a Fulbright fellow, studying at the University of New Mexico, the New England Conservatory of Music, the Berkshire Music Center and Brandeis University.

While living in New Jersey in the 1950s, El-Dabh became a strong influence on other musical innovators such as Henry Cowell, John Cage, Edgard Varèse, Alan Hovhaness and Peggy Glanville-Hicks. He composed four ballet scores for Martha Graham and her dance company, drawing on the history and culture of Ancient Egypt. He wrote for many instruments and orchestrations, but most frequently for the piano and darabukha (an Egyptian clay drum). He was also an active participant for many years at the Columbia-Princeton Electronic Music Center.

As an educator, he held professorships at what is now Addis Ababa University in Ethiopia, Howard University and Kent State University. He was also active as an ethnomusicologist and collected and wrote about music in Africa and South America. His prolific output includes many compositions, his teaching and other work not withstanding, and he was one of the best internationally known Egyptian composers of the 20th century. His career honors included two Fulbright awards, three MacDowell Colony residencies, two Guggenheim Fellowships, two Rockefeller Foundation fellowships, a Meet-the-Composer grant and an Ohio Arts Council grant.

El-Dabh is survived by his wife Deborah and his children Habeeb, Shadia and Amira.